For the Stylish & Cultured 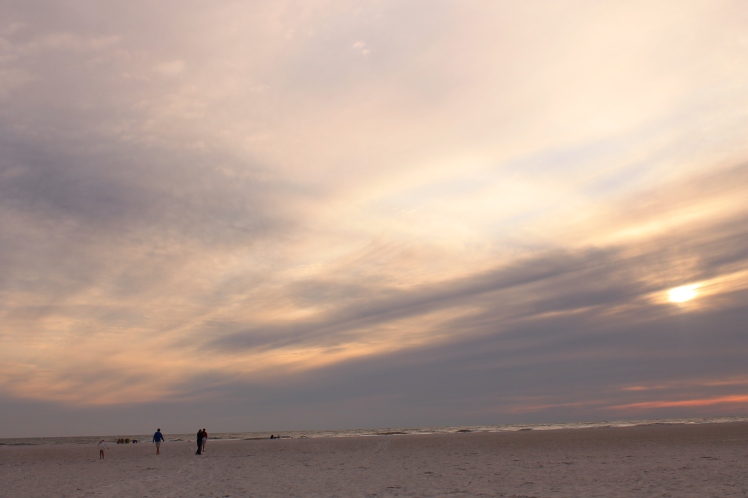 The beaches of Marco Island are so beautiful. It’s probably because of how close they are to the Gulf of Mexico. Some of the best beaches in Florida are usually on the west coast with more abundant, and with whiter sand. I had gone there a few times already, but that time was a little different. The weather is usually perfect as in clear skies and blazing sun, just not that last time. It was rainy and cloudy for almost the whole time I was there. There was so much wind, that going into the water might not have even been worth it. However, it was an advantage for taking some photos. For instance, the sunset photos came out so much more interesting with the clouds hazing over, than if it were just the same bare sky we’ve already seen. The lighting actually worked out for some photos. I was still very happy though once the weather decided to clear up…on the last day!! Oh well, at least I was then able to get into the water on that last day. You can see on the last photo how beautiful the beach looked once it cleared up. The sky was as blue as it could get. It was stunning. I could feel those rays of serotonin beating down.