For the Stylish & Cultured

Im admitting to having been binge watching Gossip Girl lately from beginning to end and it’s given me some major fomo on NYC.

So here are some pictures that I’m sending as proof, from a short improvised trip I took to the city a couple years ago and never shared.

In the few days I was there, one day was dedicated to Central Park and this is the look I wore. I always love wearing this purple scarf because I think its such a cute statement piece with its ruffled edges, and it has golden specks for some glam. My jeans were black and ripped, but you might not tell they’re ripped because I had layers and wore black leggings underneath. The weather was cold for a “Miamian” like me, in the low 20s, so I tried making it as fashion as I could, but I was also trying desperately not to freeze with layers and at times, coffee shop hopping to get some warmer air.

Nevertheless, it’s easy to say I miss the city. Looks like I’ll have to make a visit sometime soon again. 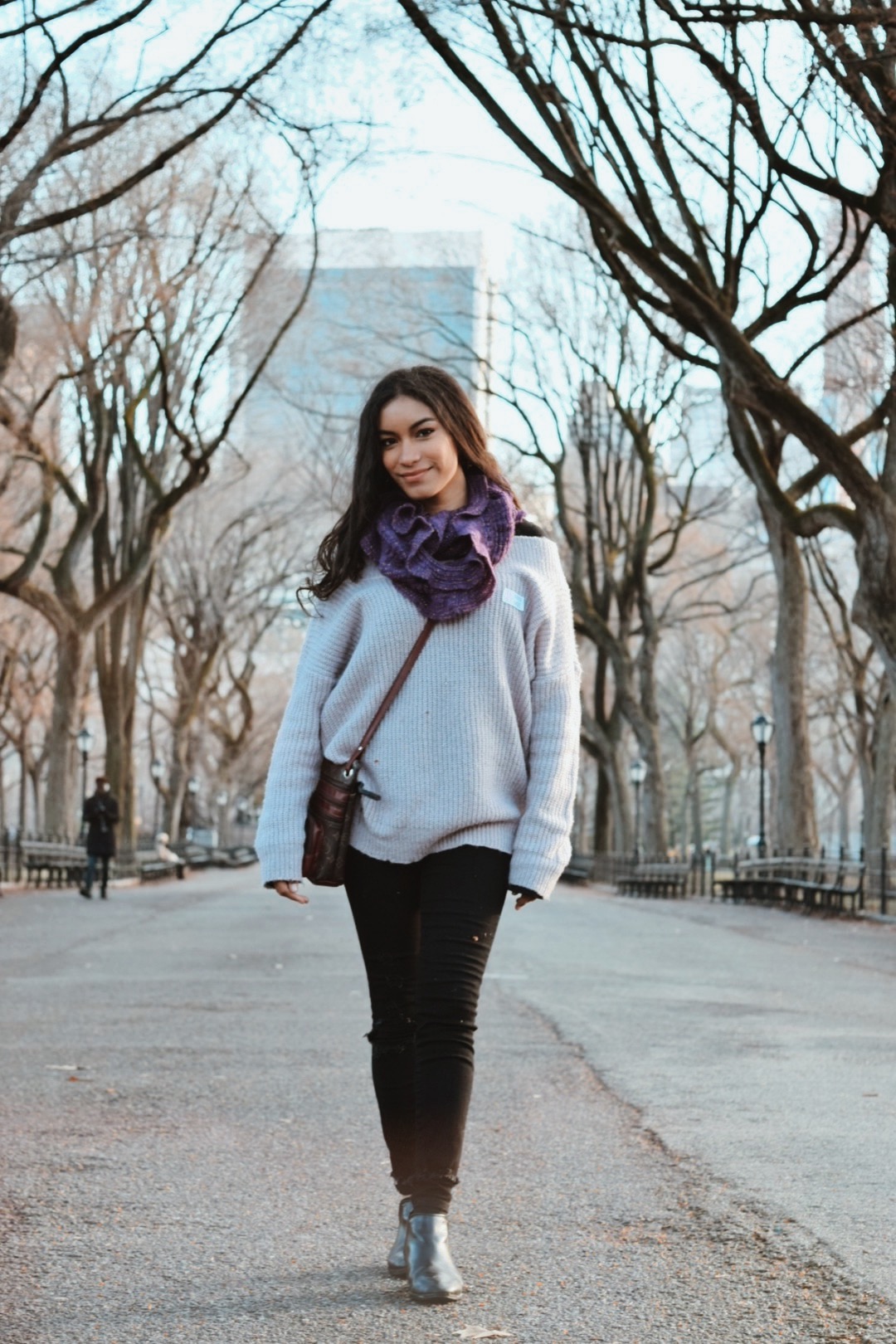 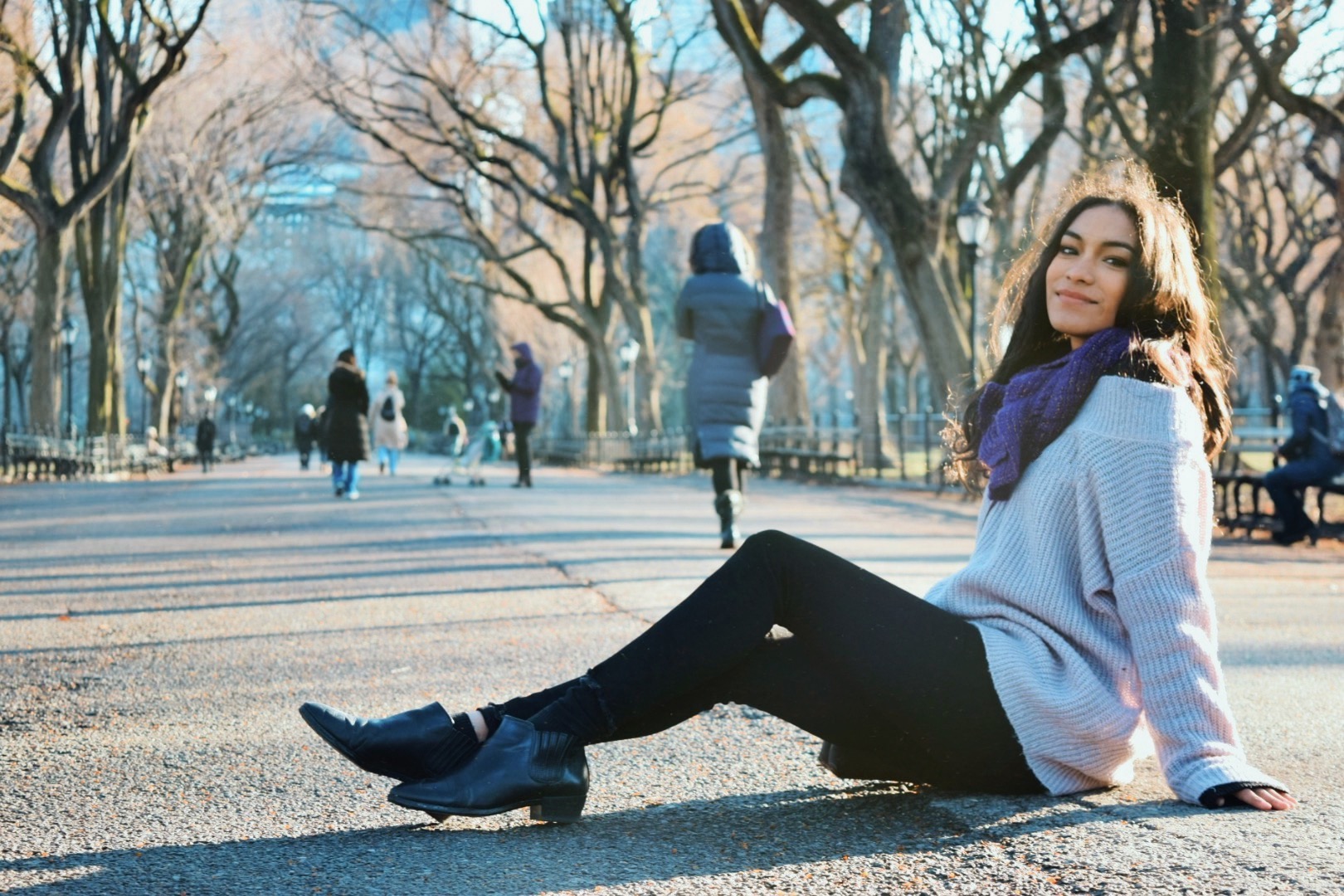 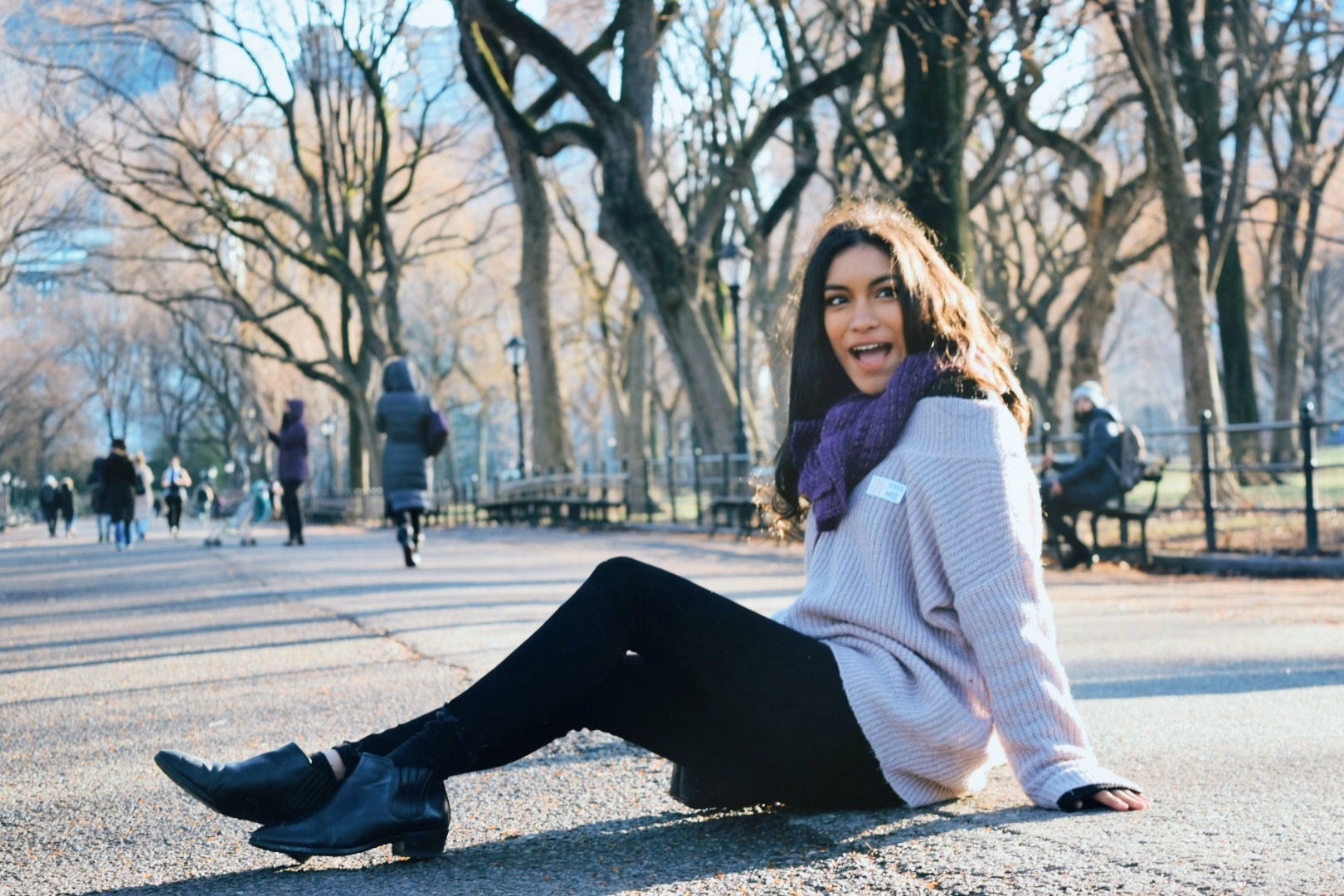